Young artist Sophie Cane has designs on a hospital wall that will make the view better for patients.

The 23-year-old has been chosen by the Friends of North Walsham War Memorial Hospital to create a colourful mural to brighten up a plain brick wall outside a ward window. She was selected from more than 20 artists who showed interest in the project following an appeal by the Friends.

Art student Sophie from Litcham near East Dereham is finishing her Masters degree at Norwich University of the Arts having already graduated with a BA in illustration.

Sophie is a former pupil at Litcham High School, and initially did a BTec in art and design at the College of West Anglia in King’s Lynn.

She said: “I am looking forward to starting this exciting project as soon as my Masters is complete this month. It will feature a nature theme, because it helps with wellbeing and will draw on local features such as rivers, meadows and kingfishers which I am researching.”

Sophie has done “public” work before including a sign for sheep milking at Bircham Windmill near King’s Lynn, as well as an academic project to design animal shaped waymarkers for Pensthorpe nature park.

She has also worked with the Broads Authority on desktop designs for a revamp of Acle station including a community garden which won a Royal Society of Arts design award last year.

A kingfisher by Sophie Cane 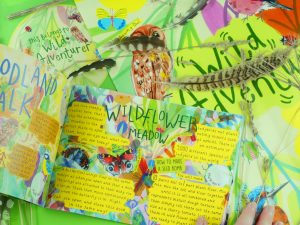 Sophie will paint the 8ft wide by 6ft tall mural in her studio over winter ready for installation in the spring. 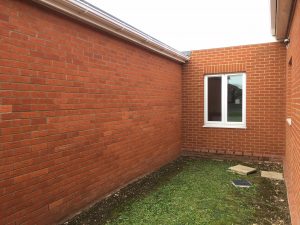 The bare wall that Sophie’s mural will transform.

Friends chairman Keith Jarvis said: ”We are delighted to be working with Sophie on this project. She was among 20 entries that followed our appeal for artists to help. We were impressed with her ideas and enthusiasm and also hope it will help Sophie as she embarks on her career in the art world.”